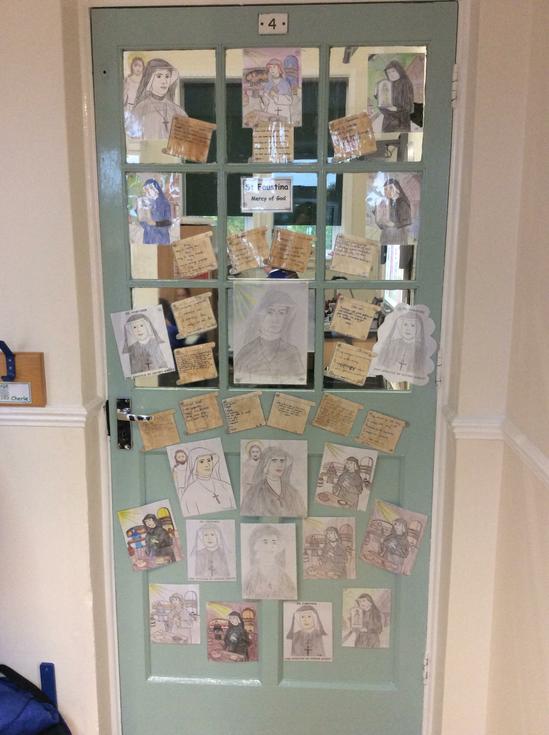 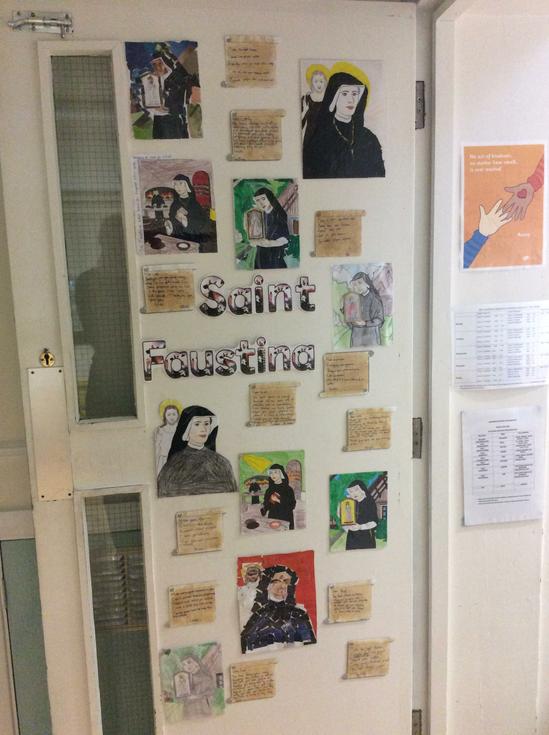 SAINT MARIA FAUSTINA was born in a village in Poland on August 25, 1905. Her birth name was Helena Kowalska. Her family was poor but prayerful. As a child Helena loved to attend Mass. She was kind to others and very helpful. She loved Jesus and she wanted to be a saint.

As Helena grew older, she felt God calling her to become a nun. She moved to Warsaw and  was welcomed by the Congregation of the Sisters of Our Lady of Mercy. There she became Sister Maria Faustina, a bride of Christ.

On February 22, 193, after returning from prayer, something amazing happened to Sister Faustina. She received a profound vision that would forever change her life and the lives of many. Jesus appeared to her wearing a dazzling white robe. One hand was raised in blessing and the other was touching His garment at the breast. Two large rays of light, one red the other pale white, were coming from His heart.

Sister Faustina died on October 5, 1938. On April 30, 2000, Sister Faustina, was canonized, or proclaimed a saint, by Pope John Paul II. He also established the Second Sunday of Easter as Divine Mercy Sunday, just as Jesus had requested. Saint Faustina is known as the Missionary of Divine Mercy.